Don't miss this:
The Irresistible and Highly Political Legacy of Serena Williams Clothes

The Most Political Moments in Fashion

Clothing that represents more than a fashion trend

Written on
September 3, 2021
in
Politics + Fashion 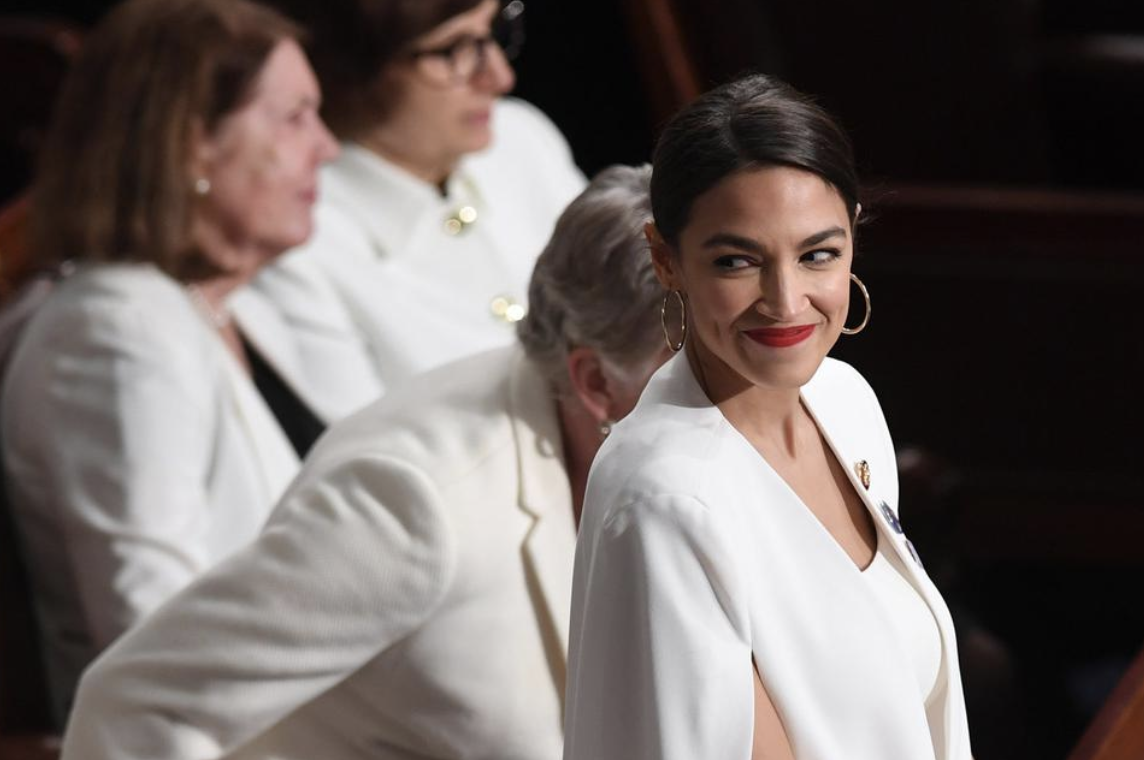 When mass media talks about politics, it has mixed opinions as it is very hard to talk about them with a unique perspective that everybody agrees with. For the Merriam-Webster dictionary, politics are the total complex of relations between people living in a society. The thing is that society is usually diverse in backgrounds, and ideologies, which make us unique and authentic, not only in the way we think but also in the way we dress. There is no one set of rules that everybody would agree with, as there is no one size of trousers that fits everybody. Fashion and politics have been coming across throughout different times in history because we can show our beliefs through fashion. Politics are not stable. Nor fashion, nor our beliefs. If they were, we would still be living on cages with a life expectancy of 35 years. So to commemorate the evolution of ourselves, our politics, and our fashion.  Here are some moments when politics and fashion interacted over the last decade.

The color of a social movement

In 2019, 507 thousand cases of violence towards women were presented in Mexico. In nine out of 10 cases, the aggressor was a family member or partner of the victim. These numbers made the whole country reflect on the root of this problem and how we might find more and better resources to prevent and stop this violence. On March 8 of 2020, International Women's day was commemorated with big protests across the country.

Purple has been a color that symbolizes and represents the women´s movement ever since the early 1900´s. But it was in Mexico City in 2020, where over 80 thousand people showed up to the massive protest, and with purple garments, accessories, and symbols, many women expressed their frustration with the violence rates that were rising at that time.

The next day, on March 9, the pacific protest "Un día sin nosotras¨ (One day without us), invited women across the country to stay at home and be as inactive as possible. Without women working, shopping, teaching, and participating actively in their communities, the economic impact of this protest was a loss of 15 million dollars. The movement recognized that many women could not afford to miss a day of work as they are the main income source for their family. That's why it was encouraged that women who showed up to work used purple as a symbol of belonging to the big social movement.

The outcome of the 2016's elections left many people across the country unsatisfied and frustrated. A combination of fear, uncertainty, anger, and sadness was prevalent in many families, especially in those that belonged to marginalized groups that were attacked during the Make America Great Again Campaign. So when then Inauguration Day came, it wasn't entirely surprising that many relevant fashion designers refused to dress Melania Trump, as this was an action that communicated disagreement with the messages and values that she and her husband were spreading. In fashion and in politics, the people that surround you may speak about who you are as a person and as a professional. This is why successful fashion designers like Tom Ford, Marc Jacobs, Zac Posen, and Christian Siriano, who dressed Michelle Obama on several occasions when she was the First Lady, said publicly that if the opportunity presented, they wouldn't dress Melania Trump. This was a big deal for the beginning of Melania's role as First Lady because even before she arrived at the White House, she didn't have the same approval and support that other First Ladies had.

In the end, the clothes that politicians wear, the designers, the cost, and the origin of these garments end up being relevant to the media because they are an extension of their personality, their business card, the perception of themselves that they want to project to the world. And if some of the most successful American fashion designers refuse to dress the First Lady of the United States, people around the world knew that.

It was February of 2017, a time of division, and fear. The constant messages of hate and othering people from different backgrounds made it to the White House, so there was a lot of fear about how the followings months would be like.

Fashion Week was ready to start its Autumn-Winter shows. As every season, there are items, accessories, or trends that become a "must-have." The accessory of that season was the white bandana. A symbol that, according to Business of Fashion, represents unity regardless of gender, race, religion, or sexual orientation.

This white symbol was widely accepted by many people in the fashion industry, including models, designers, producers, editors, influencers, and celebrities. But even better, the white bandanas became an accessory of many models who walked on the runway during this Fashion Week. It was definitely a huge statement of unity that people across the country noticed and appreciated. Relevant figures like Tommy Hilfiger, Diane Von Furstenberg, and Phillip Lim wore bandanas during this event and encouraged the people around them to do so.

This message of unity went beyond the runway and the fashion industry, because when vulnerable communities feel threated by the social and political scenario, it is welcoming and appreciated, when a group of people with a huge number of followers and power raise their voice to advocate for these communities. Fashion becomes political when people understand the power of their clothes!

A designer who showed his true colors on Instagram

Many people like to say that there is no such thing as bad publicity as long as people keep talking about you and your work. However, in times of social media and overly saturated platforms with information, it is very easy to permanently damage a brand or person's perception. In March of 2017, the fashion brand Dolce & Gabbana introduced a sneaker with the message "Thin & Gorgeous." The controversy started almost immediately as users commented on the Instagram picture of the shoe, expressing disapproval and frustration.

But the situation intensified when Stefano Gabbana, co-founder, and designer of the Italian brand, defended the message in the shoe and started attacking the users with aggressive comments. "u think is better to be fat full of hamburger??? Stupid." replied Gabbana to one of the Instagram users. This was not the last time that “darling you prefer to be fat and full of cholesterol ??? I think u have a problem”, was another message that the designer replied to one of the comments.

Gabbana’s aggressiveness in social media against people’s opinions is another great example of fashion being political. Because fashion must represent the ideas and values of people based on the social context. Over the last decade, activists, consumers and many designers have raised awareness on the perception of plus sizes, acknowledging that one size doesn’t fit all and that it is discriminatory to think that way. Ultimately, the businesses, the leaders, the designers, and the politicians who don’t understand the needs and desires of their people, tend to fail slowly but surely.

In June of 2018, the designer said Selena Gomez was "so ugly," and made a few similar statements against other celebrities, which provoked so much controversy on Instagram that Dolce & Gabbana's image was affected, and Stefano Gabbana shut down his Instagram account in September of 2018.

Many people wouldn't think there is a connection between the fashion industry and the tragedy of 9/11. The truth is that on September 11 of 2001, New York Fashion Week was getting ready to start the fourth day of fashion shows, with a full agenda, many talented designers that were nervous and excited to present their work, and a press team with their full equipment ready to shoot. For designers, you are as relevant and successful as your last show, so Fashion Week is a pivotal chaotic moment that is celebrated twice a year.

Fashion Designer Donna Karan narrates in her book My Journey how devastating and emotional that day was for her, as she was getting ready to present her Spring collection, a few months after her husband passed away. She was responsible for the whole team of seamstresses, and staff that were producing her collection and her show. The city changed drastically in a matter of minutes, and the recovery took months, and in some aspects, years.

Time passed, and every year different tributes and memorials are commemorated in different parts of the United States. New York Fashion Week cleared out the 9 am time slot on September 11 for the first time in 2016 to acknowledge how this tragedy shaped the following years in New York City, affected drastically many fashion businesses during uncertain months, and left a dark memory in many people of the fashion industry who experienced that misfortune in many different ways. There is a common misconception that the fashion industry and the people involved around it, are always frivolous or even arrogant and narcissistic. Although that may be true in some cases, there are also some exceptions.  New York Fashion Week expressed their sorrow and donated $15,000 to the National September 11 Memorial and Museum in the fifteenth anniversary of this tragedy.

Being political in fashion is understanding the power that you have and knowing how to use it. If you have a platform, a group of followers, or a voice that is heard, you have power. And there are many great things that you can do with it, if you propose yourself to do so. Sometimes this is raising your voice for those who are not heard. Sometimes it is about supporting a cause that needs our help. Sometimes it is about making a statement, letting others know that things change naturally, and that we must welcome this change with gratitude and prudence.

Presidents come and go, as well as fashion trends, social crises, and monarchies. We change as well as the world, the people and the clothes around us. So never hesitate the power that fashion has in political issues. With fashion, you can raise your voice even louder, you can make a statement, you can communicate what you believe in and what you want to advocate for.

The partisans of the French Revolution used the sans-culottes, the Nazis had their own uniform and symbol, black is used to express grief, and yellow is directly related to power in some cultures. Open your eyes to see how you can show empathy or support to social movements through fashion, you have to go out dressed anyway, and you will use your tremendous power to make a little difference.