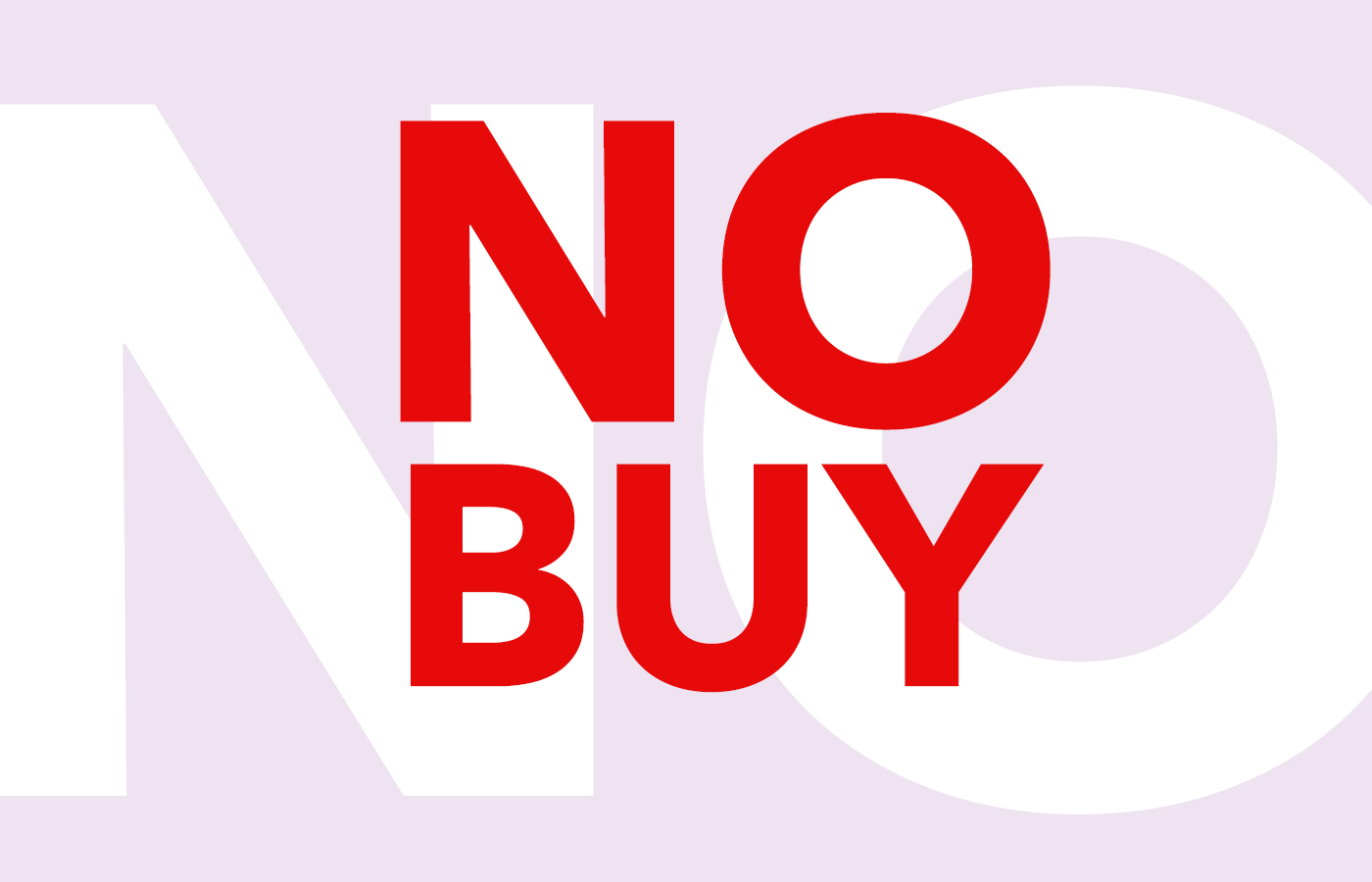 Don't miss this:
NO BUY YEAR: WHAT IS IT, WHY YOU SHOULD DO IT, AND HOW TO SUCCEED IN IT

The Impact of Polyester In the Environment

How many polyester garments do you own? Are you ready to know what its environmental repercussions are?

Written on
October 8, 2021
in
Sustainable Fashion 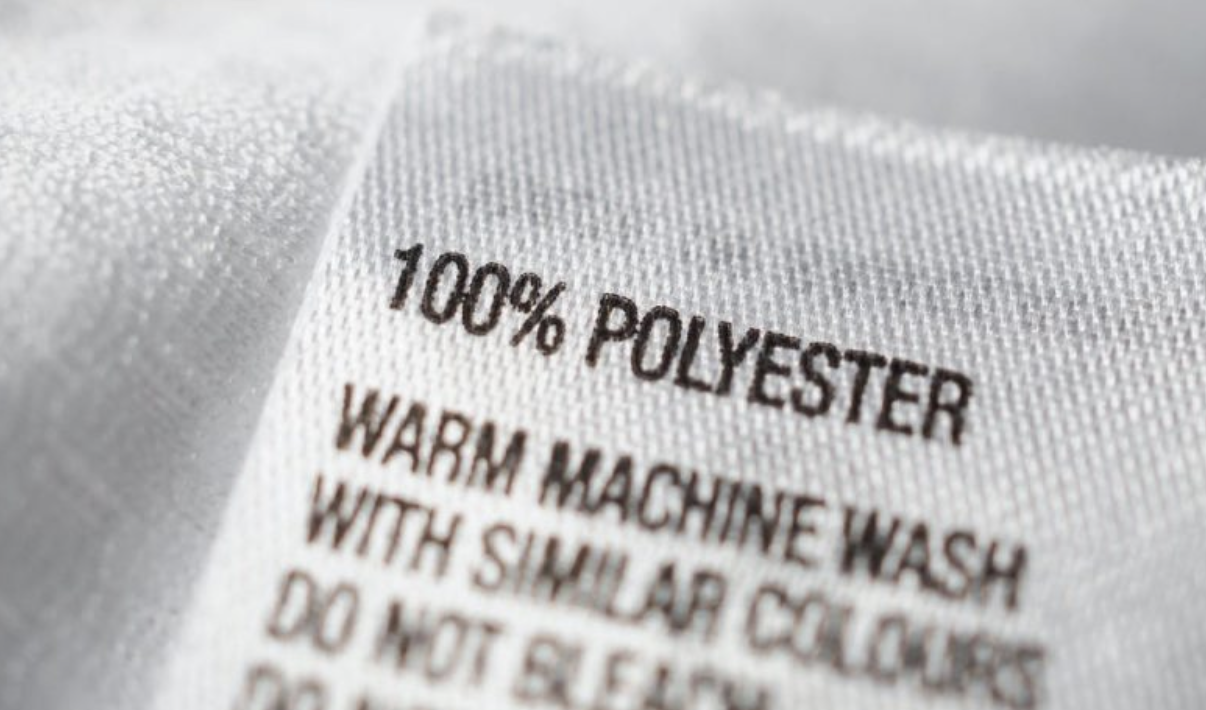 It was in 1941 when a group of British scientists invented the first type of polyester after several experiments with ethylene glycol and terephthalic acid. In the middle of World War II, it was hard to know what the potential of polyester was and how relevant and popular it would become in the fashion industry. At first, it was introduced to the public as a “miracle” fiber that doesn’t shrink or tear, which was a significant change for the swimwear and athletic sportswear industry. Over time, polyester managed to get into pretty much every segment and niche market of the fashion industry as we know it right now, dethroning the popularity entirely that natural fibers used to have in the first half of the 20th century.

There are different types of polyester, but the most common comes from polyethylene terephthalate or PET. Over time, polyester’s popularity increased due to several reasons. For instance, this material has excellent properties that natural fibers don’t have. Polyester doesn’t wrinkle as much as cotton, it doesn’t shrink, and it is durable. This is why this human-made fiber has become one of the favorite fibers of many consumers and designers across the world. However, all fashion intellectuals and consumers must know the several disadvantages of using polyester that we will describe throughout the main stages of the lifetime of this fiber. Let’s get started understanding why we as humans like polyester so much and how much of it we consume.

The mass production of polyester impacts the environment in a very harmful way because of the big demand of consumers, the unsustainable production process, and the role of this fiber after the consumer throws it away.

To begin with, the number of human-made fibers that the 21st-century consumer demands is enormous. If referring specifically to polyester, the human-made fiber industry demanded 58,250 thousand tonnes of polyester in 2019 only, with the Global Polyester Market valued at USD 109.75 billion, which makes polyester the dominant fiber globally. Polyester is in t-shirts, jackets, leggings, swimsuits, scarves, linings, skirts, gowns, doll clothes, pajamas, face masks, hats, and the list continues endlessly!

But why is the demand for polyester so big? Why do all of these garments have to be made of polyester? Polyester satisfies all price points in the fashion industry. It is present in fast fashion companies like Forever 21 and H&M, but it is also blended with other synthetic fibers like spandex or nylon and used by high-end lines like Comme des Garcons, Lanvin, and Louis Vuitton.

The fabric technologist Graham Burden explains in the article “Silk or Synthetic?” published by Financial Times that some finishes aren’t possible with natural fibers. Still, by putting polyester products in front of people, their perception of it changes completely. Polyester is a very versatile fiber that can come in many different shapes, including satin, lace, denim, organza, taffeta, and canvas, to name a few.

You might be thinking of polyester as this old, shiny, tacky, and cheap material of the ’90s, but this is no longer true to today’s fashion scenario as technology makes these different polyester presentations possible, and makes consumers curious and keep demanding it without even knowing it’s polyester.

Another important aspect to consider is how the fashion industry has evolved in the last couple of decades. Due to globalization, emerging technologies, social media, and a shift in the consumption culture, the fast fashion industry has grown exponentially! According to MarketLine, a business information company, the global apparel industry has been growing at a 4.78% yearly rate since 2011. To put it in another way, people around the world are consuming more clothes than ever because they are affordable and disposable, and the number of clothes purchased is increasing every year!

This is not only an overpopulated society but also one that consumes more than what they need.

Where does polyester come from?

Now that we’ve talked about how much we consume polyester and how much consumers and designers love it, it’s time to talk about its origin.

Polyester comes from petroleum, and the manufacturing of oil is one of the most polluting industries in today’s world. You’ve probably heard that plastic comes from oil as well, so every day, we are consuming many products, cosmetics, clothes, and packaging of different kinds that come from oil.

Our society is so dependent on it that it has pushed big corporations to look for desperate procedures like fracking to find this substance. Fracking is the process of drilling in the ground to subtract oil, and it is a procedure that is starting to be more common. However, it is very controversial, and it is a very common subject in debates among environmentalists, politicians, and activists. The article from BBC News called What is fracking and why is it controversial? states that environmentalists believe carcinogenic chemicals may pollute groundwater around the fracking site. Furthermore, they are also worried that this practice may be a cause of earthquakes.

Polyester coming from oil, oil coming from fracking, and fracking causing significant damage to groundwater and the environment as a whole, is one of the many ways in which fashion and politics come across.

Fracking is a band-aid solution to the huge problem of oil’s availability being limited. We’ve overused it in the last decades, wrapping every possible product in plastic and consuming it to the extent that it will be over very soon, so it’s not a smart idea to keep demanding a material that is going to be extinct in a short matter of time.

Now, to return to the subject of the production of polyester, the primary components of this synthetic fiber are dimethyl terephthalate that reacts with ethylene glycol with a catalyst at (150-210°C). Ethylene glycol is very toxic, and its consumption has damaged babies of pregnant women, seizures, nausea, and in men, it can affect the production of sperms.

And why does the toxicity of polyester matter if we aren’t eating our clothes? Well, the harmfulness of these substances is quite relevant since it is present in polyester clothes that many times end up in the ocean, which then becomes part of the environment of many sea species. It is a cycle of pollution: Humans pollute the oceans, throwing trash that the fish eat, which returns to humans who consume fish and seafood in general. It is widespread harm to the world at the end of the day.

But we just covered the environmental impact of the primary source of polyester; now, let’s talk about the production of the fiber.

The chemicals used in the process of making polyester have to be melted at high temperatures, which consumes a lot of energy in the factories, causing them to expel toxic gases into the atmosphere. Additionally, the dye for polyester is called disperse dye. It is a stain-resistant dye that is very effective but very harmful. It’s a synthetic dye for a synthetic material. The disperse dye is not soluble in water because it is a mix of chemical components that don’t decompose.

Think of those leggings or pants that you have used for a few years and that are still the same color. That’s the synthetic and harmful power of the disperse dye

When the factories are done dyeing the clothes, the wastewater is very hard to treat or reuse as it’s full of toxic chemicals, so the workers of these factories throw the waste into the ocean, damaging sea life and polluting bodies of water that are the water source of humble communities.

But wait! We are not done talking about the environmental impact of polyester! After the textiles are made, they are sent to the clothing manufacturers to be sewn into full garments. As we’ve mentioned in Political Fashion, over 70% of clothing made worldwide comes from overseas. So the fabrics travel from one place to another to be sewn and manufactured, and then they travel again to the United States to be sold. So, imagine the 58,250 thousand tonnes of polyester mentioned earlier traveling from Asia to America and how much petroleum and carbon releases to the air and sea life would represent.

Now it’s time to talk about what happens when you wear polyester. It’s something that we don’t talk about often enough, but even during the lifetime of a garment, it may be polluting our surroundings. Victoria Gill, a journalist for BBC News, states that “an average UK washing load that is about 6 kg. or 13 lb. of fabric, can release 140,000 fibers from polyester-cotton blend and nearly half a million fibers from polyester”. So… yes, when you put your clothes in the washing machine, they release fibers that go directly to the ocean as another way of increasing pollution in the ocean and the environment overall.

When the consumer doesn’t want the clothes anymore, they throw them away without considering what happens when they throw “away” the polyester. It can end up in the landfill where it won’t decompose for at least 200 years, it might end up in the ocean where it would break into small pieces that look like sand and intoxicate the sea life, or if it goes into the right hands, it can be recycled! This is why the disposal of clothes is very important to practice sustainable fashion. It can have a significant impact on the environment in a good or bad way. Some companies are using recycled polyester to give a second chance to the enormous textile waste that we are producing, this doesn’t mean that all clothes end up in recycling bins, but it is a good practice that some fashion companies are taking and that you as a consumer can participate in as well.

Now that you know more about the most popular fiber in the world with statistics, facts, and scientific studies, as well as its production, use, and waste stage, it is important to take a minute to reflect.

It is believed that the demand for consumers has the power to determine the future of any industry. Polyester transformed the textile and fashion industry because it is an affordable fiber with great properties that have the potential of enduring several years. But the true cost of this fiber is not being paid by the consumers in the shopping mall. The polluted bodies of water, the dead sea life, and forests on fire, and the communities breathing the harmful toxins of these factories are paying for it. So when the natural resources finish, what are we going to demand?