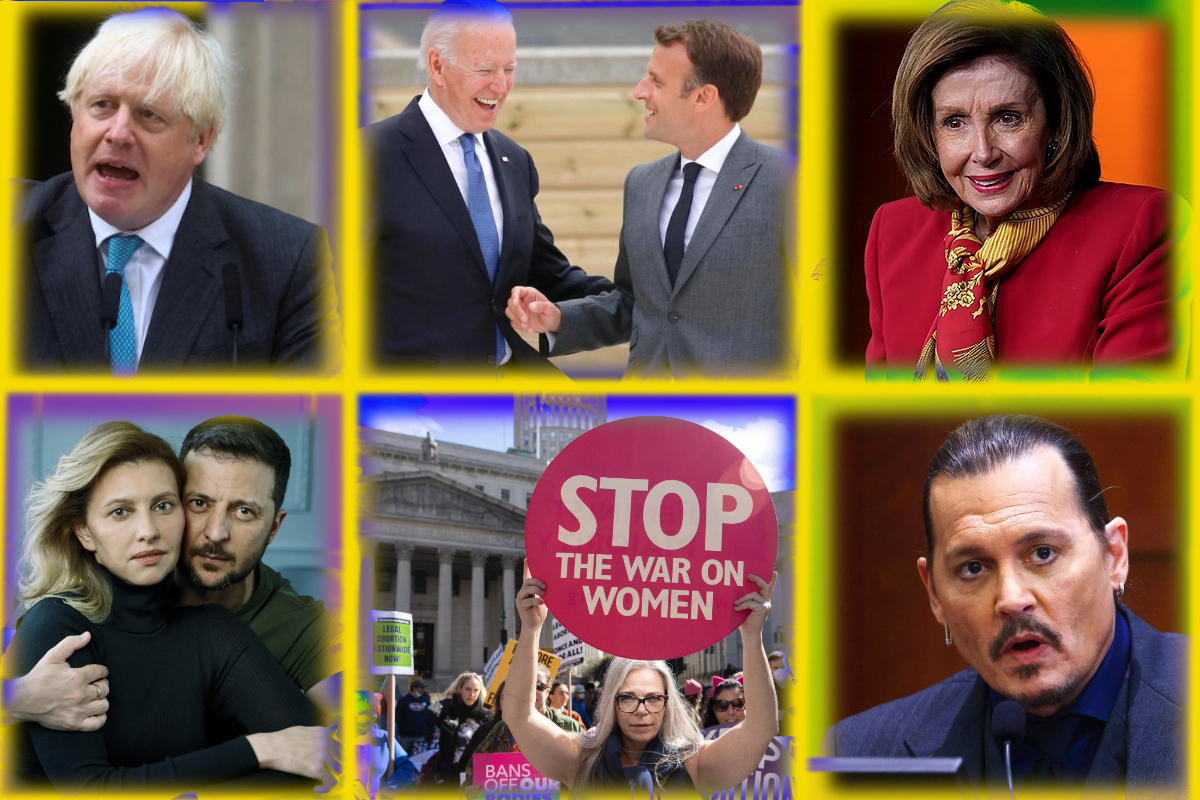 Don't miss this:
2022 Political Fashion Highlights: The Good, the Best, and the Worst

The Fashion Lessons We Learned From Barack Obama

Leaving policies and ideologies aside, what fashion lessons can we learn from former President Barack Obama? 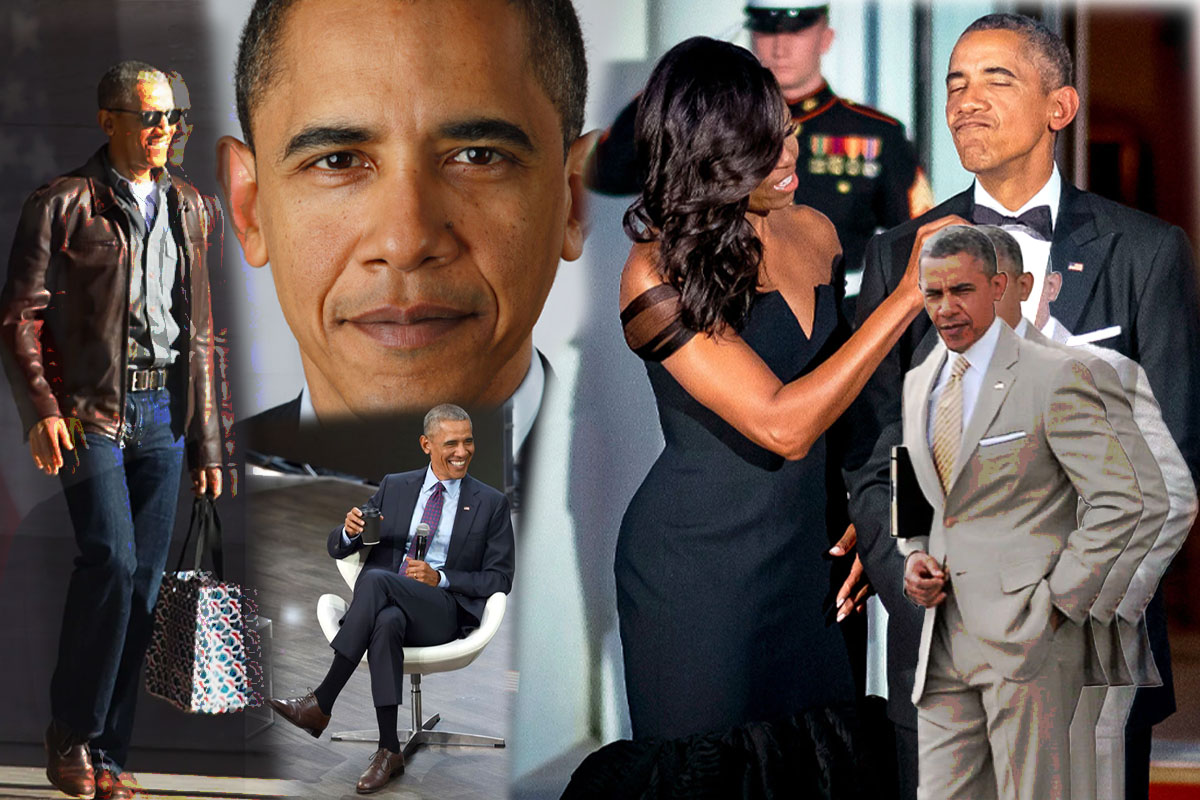 Barack Obama. A name that is widely known all around the world and is now part of history books as the person who confronted systemic conservative ideas to become the first African American president of the United States.

Barack Obama is the son of a mother from Kansas who was an economic anthropologist, and a father from Kenya who worked as a governmental economist. His journey, his professional career, and some aspects of his personal life are portrayed in his three best-selling books and years of documented archives all over the internet and the public libraries around the world.

Many of us followed some of these aspects in real-time through newspapers, news reports, or videos online, but the truth is that many things happened during Barack Obama’s presidency. He became the 44th president of the United States of America in the middle of a period of uncertainty now known as The Great Recession, the foreign affairs with Afghanistan, but also the migration crisis, the serious consequences of climate change, and the internal conflicts caused by systemic racism.

So it’s safe to say that fashion wasn’t a priority in President Obama’s agenda. In fact, he has stated multiple times that his day-to-day attire was mainly navy and grey suits so that he could focus his attention on other decisions. But even within a somehow predictable clothing selection, the 44th president was able to communicate effectively (for the most part) remarkable messages that are now part of American history.

Fashion is a non-verbal medium of communication that gives a perception of who you are. If you are the president of the United States, this perception is at risk of changing constantly, so it is a matter that should be taken seriously, and that is worth analyzing further. So let’s look at some of Mr. Obama’s moments in fashion, what he communicated in those moments, and what we can learn from them.

The 2004 Democratic Convention Speech That “Made Obama president.”

A 42-year-old Illinois State Senator took the stage in July 2004 during the Democratic National Convention. His somewhat short professional career made many people wonder why he was chosen to be a Keynote speaker during such an important event amid the 2004 presidential elections. This was the moment when Barack Obama gained major public attention after delivering a successful speech that talked about unity, inclusion, and American pride.

“There’s not a liberal America and a conservative America — there’s the United States of America,” said Barack Obama before receiving a standing ovation from the crowd.

Many folks underestimate the importance of formal menswear in politics, thinking that you “Just put a suit on and go up on the stage.” However, many things can go wrong with a suit and many others can make the look be spectacular.

In this case, the light blue tie was a smart choice because it was different enough from the generic red or blue of political parties. Hence, the tie aligns with the speech’s message of setting aside political beliefs to be the United States of America.

Suits communicate authority and professionalism; people use them for formal occasions on jobs that require an impeccable image on a regular basis.

Authority figures wear suits constantly. But authority figures can be scary; that’s why we behave differently in front of a person wearing a police officer uniform versus someone who is wearing sweatpants and a t-shirt. There are times when you need to be more approachable, lower down the “authority look” to make successful connections with people. On April 13, 2009, President Barack Obama hosted the Annual Easter Egg Roll at the White House, receiving over 25,000 kids in a particularly memorable event since kids from LGTBQ+ parents were invited for the first time to this historical tradition. (ABC News)

Now let’s talk about Obama’s clothes. The 44th president wore dark brown pants, a light blue shirt with no tie, and a black jacket with a zipper on the front. This was a smart clothing selection, given the characteristics of the event. The president spent the afternoon greeting kids, telling stories, and starting conversations with families from different backgrounds; so far from having the need to portray authority, he needed to be approachable. His clothes show him as an approachable middle-aged man who is not intimidating to kids. Fashion journalists often refer to this kind of clothes as “the Dad look.” It is not too formal, and it is not too casual. Now, there is nothing really exciting in terms of pushing fashion-forward when it comes to Dad looks, but it does communicate a sense of human connection that makes it easier to relate to people, especially if you’re job title is intimidating.

Wear a “Dad look” whenever you need to socialize and interact with people. This could be during a political campaign when you want to connect with voters or during a school potluck event where you want to make connections with other parents. Your clothes may determine the first impression people have of you, so don’t attempt to look intimidating when making social connections. There’s a place and a moment for every garment.

There is the wrong assumption that public figures spend thousands of dollars on every garment to look spectacular. But here’s the thing. You don’t see former president Bill Clinton with a Supreme sweatshirt or Bill Gates walking on those Balenciagas (the ones that look like socks).

A key aspect to look phenomenal regardless of your job title, budget, or background is the fit of the clothes. There is a beautiful optical response when all the seams of a garment are in place and clothes are not super tight or very loose. Hems are where they need to be, and all the clothes are pressed and free of wrinkles.

This is something that Obama’s team considered during his whole presidency (and he managed to handle it even after he left the White House in 2017). There is particular relevance and attention in the tailoring of a suit for special occasions, but the attention to detail needs to happen in all kinds of outfits. Let’s look at this casual sportswear look that President Obama proudly rocked in 2015 when he returned from the presidential retreat in Camp David. The light blue polo shirt is nicely pressed and tucked-in. His navy blue pants sit where they need to be, held by a leather belt that gives some shape to his hips. His Nike pairs are impeccably clean, with the shoelaces tight to sit nicely on top of the shoes.

This incredible attention to detail is what makes people stand out and look stunning, surrounded by a bunch of people. Regardless of the occasion, the clothes you wear, and the people you are visiting, focus on the details of your garments and treat them with respect and delicacy. All this attention to detail will improve your visual presentation significantly, and this will help you make more and better personal and professional connections.

Matching Outfit with your Beloved One

Fashion gives us the opportunity to illustrate visually many of our emotions. Bold colors and prints talk about joy; black sober attires may represent grief. And there is also a way to use fashion to represent one of the most profound feelings the human being may feel: love.

Matching outfits with your beloved one is a great way to express your feelings towards your significant other in a visually exciting way and can be very fun.

There are many different ways in which you can have a matching outfit. Many Halloween costumes for couples are complimentary (ketchup and mayo, Little Mermaid and Prince Eric, or eggs and bacon). Now, when you hold an important job title, it might be hard to incorporate some of these playful ideas in your regular attire, so you might have to be subtle.

This is exactly what President Barack Obama did with this sophisticated matching look with his significant other, former First Lady Michelle Obama, and their black formal attire. The president's black satin lapel matched Mrs. Obama's black satin gown. The matching outfits, plus the way they look at each other in the picture and throughout the event, were more than enough for the internet to go crazy about the Obama's as a couple. It was a great way to show themselves as a united couple who can follow the presidential fashion protocols and express their deepest feelings through their clothes.

From a political communication perspective, Obama's vulnerability to show his love to his wife publicly on multiple occasions during his presidency made him connect better with U.S. citizens. He is not just an authority figure who made decisions on the economy and determined military strategies. In addition to that, he is an emotional human with a family and a personal life, and his visual reminders through fashion about his love towards his family, make Obama one of the most admired figures of the last decade. (You Go)

Such a Political Fashion moment. Since Mr. Obama got us used to see him talking to the press in a very limited variety of colors (navy and greys), the day he wore a tan suit, the press broke down.

Conservative media and political figures disqualified the tan suit and made a big deal about it. Republican Representative Peter King was so shocked and confused by Obama's beige suit, he said:

"There's no way; I don't think, any of us can excuse what the president did yesterday. I mean, you have the world watching."

Obama was not the first and certainly won't be the last U.S. president to wear a tan suit. The lesson learned here is that clothes should match the intention of the message you want to communicate. With military strategies as the main topic of the press conference, the clothes needed to communicate authority and seriousness, and they didn't.

A tan suit is a smart choice for a beach event or a gathering that doesn't need to communicate authority and is more about socializing or being approachable, so it is a matter of choosing the right suit for the right time.

Years later, the "tan suit controversy" came back as a contrast to compare Obama's presidency with Trump's. The latter causing concerning headlines that included violations of human rights, racism, and confrontation to democracy, while the headlines during Obama's presidency were about his fashion choices.

You don't have to be the president or hold an important role to take fashion seriously as a tool to communicate yourself. At a different scale, each of us communicates messages, values, intentions, and our personality through our clothing selection. The combination of all these visual elements will help us to make personal and professional connections.

President Obama taught us through fashion hits and fashion mistakes that every visual aspect of yourself counts. So the next time you head out to a job interview, a conference, or any gathering that evolves socializing, ask yourself what is your intention in this event and how you make your clothes illustrate this intention.