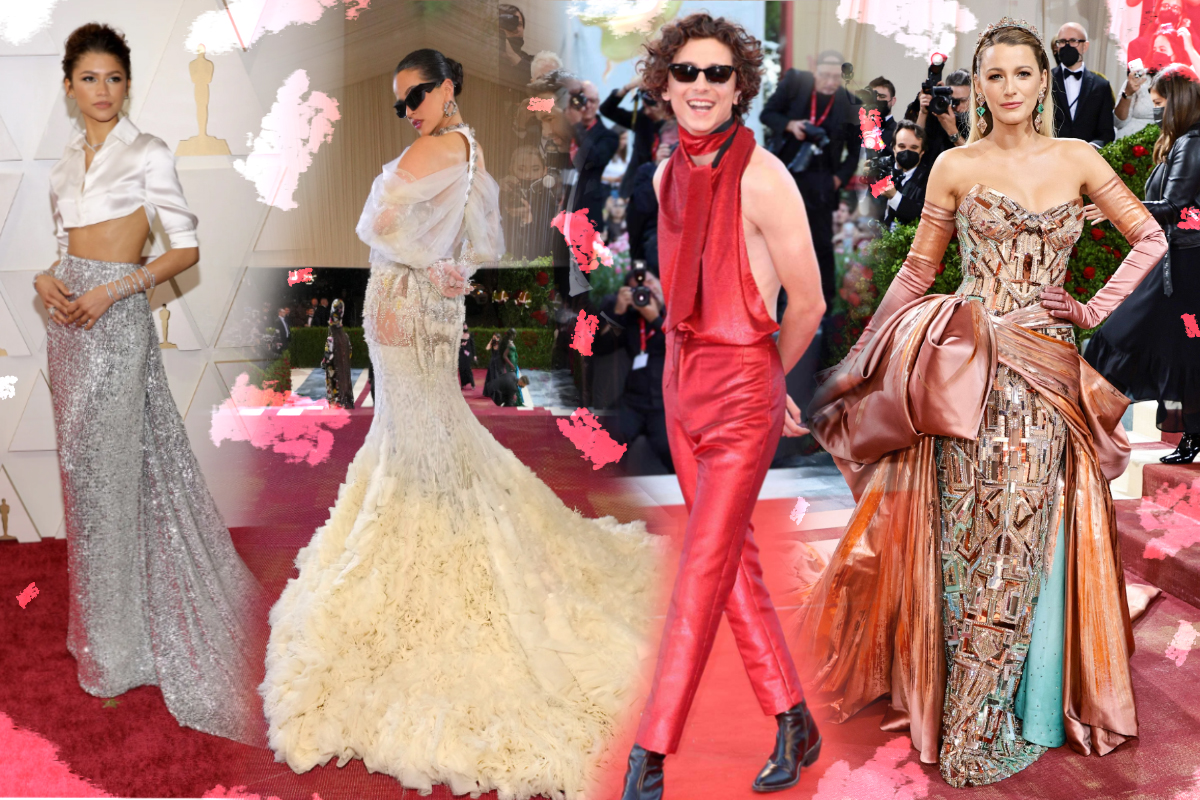 Don't miss this:
The Eight Red Carpet Moments of 2022 We Won't Forget

The Bold and Savvy Political Fashion Journey of Jennifer Lopez

Jennifer Lopez is a relevant figure in fashion, music, and movies. Her clothes reflect her savvy personality as her authentic style. As she has had to fight against several prejudices her whole career, her confidence and unique way to create looks, is Political Fashion. 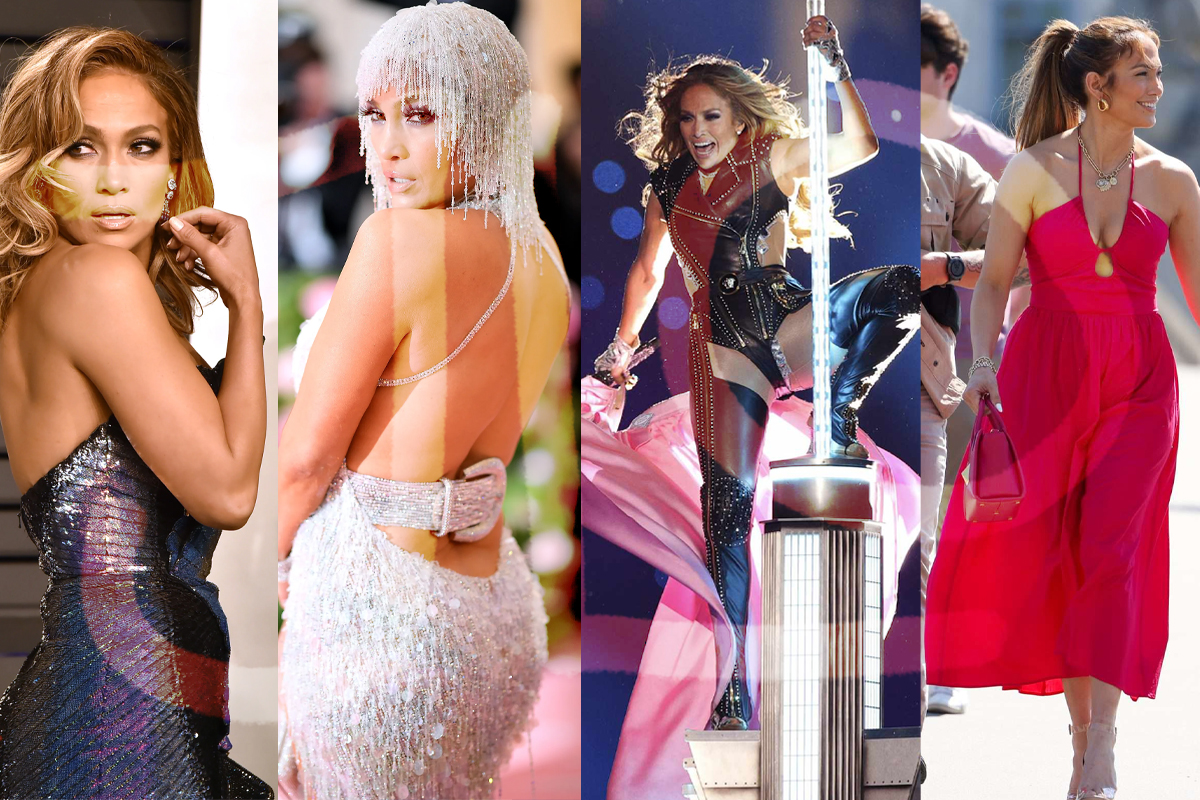 For over two decades, Jennifer Lopez has worked very hard to be a recognizable figure in music, in movies, and in fashion. After her iconic role interpreting Tex-Mex singer, Selena, her talent started to be recognized. The songs Let’s Get Loud, On the Floor, and Jenny from the Block, have become classics in so many parties and dance clubs around the world.

In 2019-2020, what she has called the peak of her career during a Vogue interview, she starred in the movie Hustlers, arguably, her best work as an actress so far. She celebrated her 50th birthday with a tour that took her to Europe, Asia, Africa, and North America, and she appeared at the Versace runway show with a reinterpretation of the jungle dress she wore for the Grammys early in her career.

But JLO’s career hasn’t been easy. Throughout her career she has had to fight against prejudices against women, against people of color, and against divorced women.

While she was dating Ben Affleck back in the early 2000’s, her name was used for racist and misogynist jokes in comedy and late-night shows. Her dating life has been questioned and judged for several years on the cover of magazines, while these media outlets almost never mention JLO’s discipline and talent for acting, singing, and dancing. We see that JLO’s relevance in the entertainment industry hasn’t been easy, and she has used fashion to get loud, to make statements, and to make herself be noted and acknowledged.

Throughout the years, we can see Lopez’s evolution as an artist and as a fashion icon. Her confidence bloomed, and her style became more aligned with who she is and how she is feeling. Here are some of the most memorable fashion moments from Jennifer Lopez.

Very recently, Jennifer Lopez appeared on the cover of Vogue, for the last edition of 2022. With the caption Love is in the Air, the playful and joyful long red dress is Valentino.

An important aspect to consider in this cover, is the balance of design features. The big floral detail on the chest becomes the focal point, so there are no extravagant shoes, or oversized jewelry pieces that fight against this design feature. The dress is spectacular and eye catching by itself, so adding heavy accessories, or makeup, would only bring down the outfit.

Jennifer Lopez knows how to deliver a good outfit following several dress codes, protocols, and occasions. For Oprah Winfrey’s 2020 Vision Tour, Jennifer Lopez wore a full yellow suit with very natural makeup and a very modest bun. The clothes are not provocative, not untasteful, but they definitely reflect the artist’s style, and keeping your own style on all circumstances and occasions is very important.

Jennifer Lopez at the 2021 Presidential Inauguration

Political Fashion covers the intersections of fashion, and politics. Many times, figures from the entertainment industry are very involved in politics, as they are aware of the strong platform and voice they have as entertainers. Millions of people follow them, and that is a huge asset that several political figures would love to have.

For the 2021 Presidential Inauguration, Jennifer Lopez was invited to perform at the ceremony America the Beautiful, and This Land is Your Land. The singer arrived to the venue in an entirely white Chanel outfit. The clothes are sophisticated and meet the dress code for an official event, they reflect the artist’s personality and style, and last but not least, they helped her to stay warm in the middle of the winter during an outdoor event.

Jennifer Lopez as a Fashion Icon

“Jennifer Lopez’s style is bold, uninhibited, and always memorable,” Steven Kolb, President and CEO of the CFDA. (Council of Fashion Designers of America).

The CFDA Awards are a celebration of fashion. Fashion designers and people relevant in the fashion industry show up to a spectacular red carpet where creativity is unlimited. One of the awards delivered every year is the CFDA Fashion Icon Award. Celebrities like Johnny Depp, Rihanna, and Zendaya have been recipients of this award, as they have made bold fashion statements throughout their journey in the entertainment industry.

In 2019, Jennfier Lopez was the recipient of this award. She showed up wearing a particularly strong color that makes her stand out and creates a major entrance. There are moments where it can be untasteful to wear such an extravagant silhouette and color. But in fashion ceremonies where limits are pushed and creativity is encouraged, you can push it farther.

Jennifer Lopez and the Met Gala

The theme for the 2019 Met Gala was Camp: Notes on Fashion. The idea was to think of camp as a dramatic, almost theatrical way of interpreting fashion. With Lady Gaga, Alessandro Michele, and Harry Styles as co-chairs of the event, the expectations for theatrical expressions of fashion were real.

Jennifer Lopez showed up wearing a sparkling Versace dress with beautiful embellishments that played with the size of the sequins, making a dramatic red carpet statement.

The relationship between Versace, and Jennifer Lopez goes back to the early 2000’s, but this dress was particularly special since Luigi Massi, Versace’s longtime tailor, passed away early in 2019 before the dress was finished.

He didn’t speak any English; he spoke Italian. And I didn’t speak any Italian, but somehow we always understood each other and we had the best time working together for 20 years. Jennifer Lopez talking about Luigi Massi, Versace’s longtime tailor who passed away weeks before the 2019 Met Gala

One of the dresses that got the most attention at the Oscars in 2019, was JLO’s. She wore a shiny, body contoured Tom Ford dress with long sleeves and a high neckline. The dress was a spectacular way of showing how one can deliver a sexy look without showing skin.

The Details that Make A Dress Spectacular

There are certain principles of design that fashion stylists and designers consider when working with their clients. These principles are selected based on the needs of the client. Does she want to stand out or simply show up and go unnoticed? For Jennifer Lopez, the 2019 award season was all about not going unnoticed. The movie Hustlers got lots of positive reviews as it was a great opportunity for Jennifer Lopez to step aside from romantic comedies, and perform in a dramatic movie based on a real story.

So for the Oscars After Party by Vanity Fair in Beverly Hills, Jennifer Lopez showed up with a shiny black and blue gown with royal blue high heels.

The principles of design that make this outfit so successful and visually interesting, are the curvy lines. Curvy lines are more interesting for the human eye, as they are less predictable than straight lines. In this dress, there’s a notorious semi-circular element that goes from her armpit all the way to her left hip. The asymmetry of the hem creates another curvy line, as well as the subtle but very carefully planned lines that create a pattern on this fabric. All of the curvy lines were planned to be appealing to Jennifer Lopez’s figure and they all make this outfit one of the most successful and memorable ones.

this whole city, this whole country, is one big strip club. You’ve got people tossing the money, and people doing the dance.  Ramona played by Jennifer Lopez in Hustlers.

A more relaxed Jennifer Lopez goes on vacation to Miami. The white jumpsuit she wears is quite simple, but the subtle accessories and small details add up to make this look more sophisticated. The ring, the sunglasses, the earrings, the bag, and the necklaces give a nice effortless vacation look that is comfortable while still very interesting visually.

When we talk about classic ways to dress, most people think of a black, or white dress styled with pearls and black shoes. But there is one powerful color that season after season, year after year, keeps being very relevant in all kinds of events due to its visual power. Red lips, red shoes, red dresses. Red is a color that makes people stand out and can be very powerful.

To style a red dress or a red outfit, you can do a full monochromatic look with red shoes, lips, and bag, or you can style it with neutral colors that won’t fight against the strength of the red, such as browns, navy, or even black.

For this event, Jennifer Lopez pulled off a spectacular shiny red jumpsuit with red pumps, a brown clutch and gold jewelry.

Jennifer Lopez at the Golden Globes 2009

Every person has certain body insecurities and certain parts of the body that they are proud of, most people are able to recognize these and plan their clothes accordingly so that they can feel good about themselves when wearing them. In several interviews, Jennifer Lopez has stated that she is very proud of her arms and her abs. She works out to be in great shape for movies, concerts, and music videos. So it makes sense to bring attention to that part of the body you are proud of.

This spectacular halter gold dress gives the opportunity to show her full arms and a little bit of her abs.

Every person has a different body shape. Every person has insecurities and moments of confidence. It’s super important to have a conversation with yourself to identify these, and choose clothes that make you feel good about yourself.

The Past that Motivates Your Present.

There are certain moments in fashion, and in pop culture that become a part of history. The news was everywhere, people had different opinions about it, and these moments are somehow very well-known by a lot of people.

That is the case of the Versace jungle dress Jennifer Lopez wore for the Grammys.

Jennifer Lopez recalls in an interview that Google executives state that Google Images was invented after a huge number of people were looking for pictures of this dress. The results had to be pictures, not text.

Another interesting fact about this dress is that Lopez’s stylist didn’t want her to wear it, because Donatella Versace herself, and other figures in the entertainment industry had worn it recently.

The deep neckline and the flowy feature of the fabric, makes this dress a moment in fashion history, one that Jennifer Lopez and Donatella Versace celebrated and remembered several years later, in 2019, during a Versace show in Milan.

It’s fascinating to see the fashion journey of a person. Our taste in fashion changes, not just because of the trends, but because we are different than the person we were in the past. Several people claim that it is a waste of time to think of the past as it distracts you from the future, but in Political Fashion, we believe that every once in a while it makes sense to take a look at the past. That’s how you know how far you’ve come and how much you have changed from the person you were in that old picture. As the famous author C.S. Lewis once said:

Isn’t it funny how day by day nothing changes, but when you look back, everything is different. 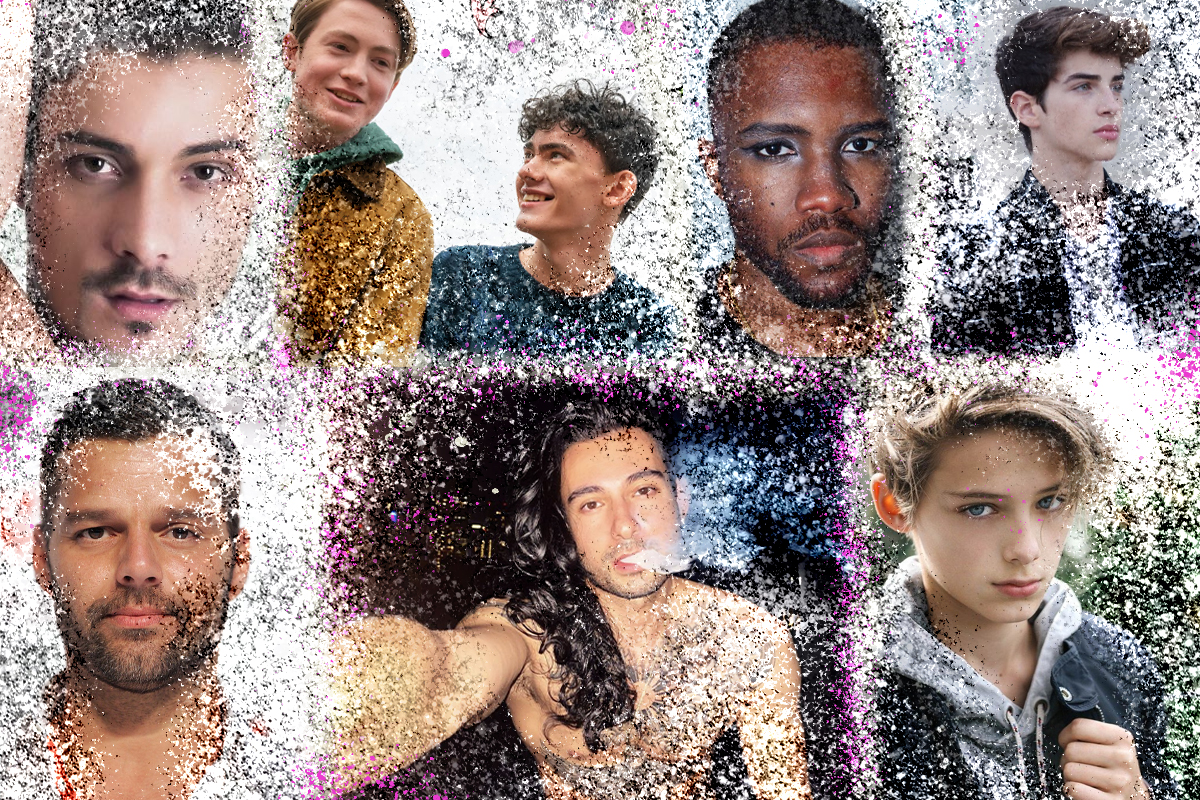 Genders + Fashion
Internalized Homophobia: The Myths, The Struggles, the Challenges
discover more
About us