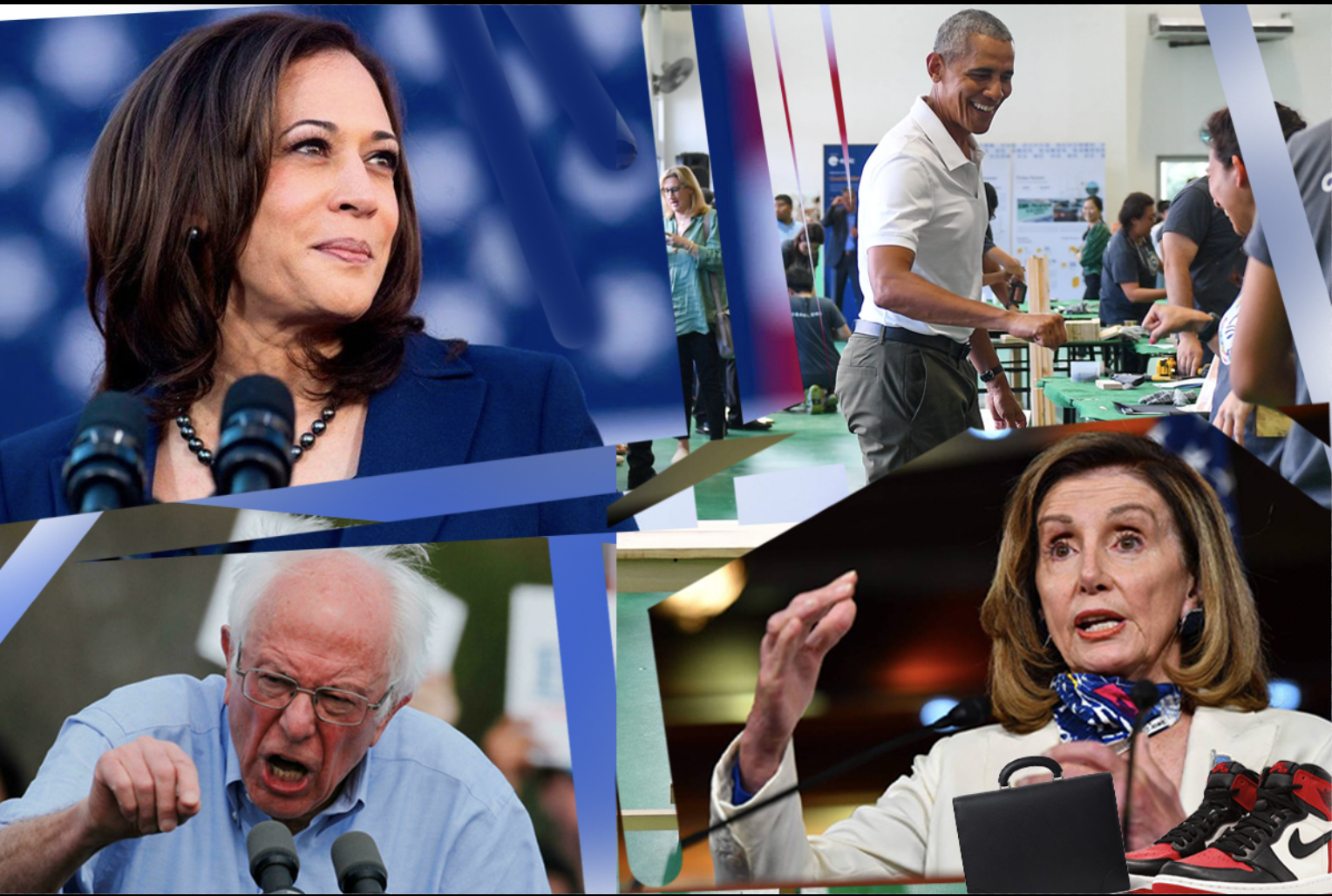 Political Fashion During the Devastating Times of War in Ukraine

The colors of the flag of Ukraine, the role of local fashion designers, Ukraine's fashion, and the communication strategies of the First Couple of Ukraine during the times of war. 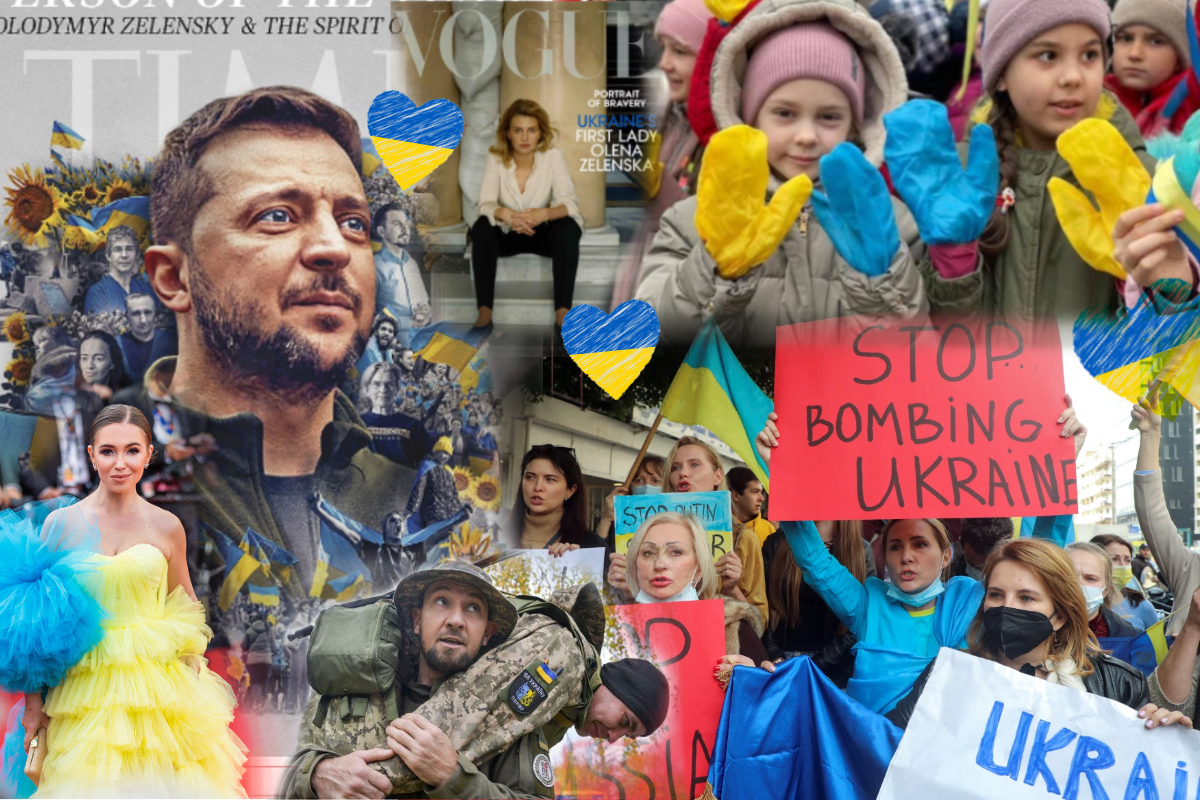 On February 24, 2022, Russian president Vladimir Putin announced a military operation in Ukraine. It didn’t take long for several explosions to be heard in Kyiv. Russia started to invade Ukraine.

The conflict has escalated on several levels. Its effects have been questioning how international affairs would be resolved in a globalized world where major companies are inextricably linked in an economy where international agreements are essential. If Putin relied on Russian gas to fundraise the war, could the European Union stop relying on this Russian source to weaken their economy? Would this decision have catastrophic financial consequences in the following months for European countries and, ultimately, for the whole world? What other options did the European Union have in this challenge? After Brexit, the financial crisis, the pandemic response, and the Covid vaccine distribution, the European Union has had several challenges overcoming these obstacles. In the words of the Belgian Prime Minister, Alexander de Croo

“The European Union is not an ATM, is not a cash machine.” There needs to be solidarity and protection of values, which is one of the main goals of this Union. The challenges are many, and the magnitude of the consequences is still very hard to approximate.

In times of war and uncertainty, communication is crucial. As the leader of a country in the middle of such a critical conflict, how do you communicate to everybody that there is a crisis without over-panicking them? How do you present yourself strong in front of your rivals when you have the uncertainty of your kids and partner’s location, with a possibility that you might not see them for a very long time?

The communication strategies that the first couple of Ukraine have developed throughout this conflict have been remarkable. Before assuming office, President Zelensky used to work in the entertainment industry, producing TV shows and cartoons. He also had experience participating in comedy. The First Lady, Olena Zelenska, is an architect and a screenwriter. None of them expected to be in this position of power, in this scenario of catastrophic uncertainty, with a whole country to lead and support. Still, they were able to export the communication skills that they developed in the entertainment industry to their job leading the people of Ukraine.

When the First Lady talks about the invasion of Ukraine, she rarely talks about military strategies or technical matters. She talks about the emotional harm this invasion has caused to the people in this country. The Russian army has targeted hospitals and public spaces with kids and civilians who haven’t had any sort of military participation whatsoever.

“No matter what positions we hold, we will always remain family members. We will always be children to our parents, and we are always parents to our children”.

This communication strategy has been very effective in creating consciousness and visibility of the struggle that Ukraine has been going through. As months passed, several media channels stopped covering the struggles of the invasion with the same urgency and care as they did in the last week of February 2022.

Olena Zelenska, the First Lady of Ukraine, has been leading a conversation on empathy, approaching international politicians and introducing herself “not as a First Lady but as a mother.” She delivered a speech in the US Congress back in July 2022. Her core message was about protecting children and innocent people whose lives were taken away by Russian military forces.

Ukraine has two experts in communication as their first couple. There are many skills required for a leader during the war.

And the way they have delivered messages and approached several audiences and mediums has been truly effective and is not something that all politicians or world leaders can do so well.

Another interesting yet controversial communication strategy was the photo shoot of the First Ukrainian couple in American Vogue. By that time, the invasion had been going on for about five months.

Why were there photos of the international conflict on the pages of a fashion magazine? Was this a poor-taste decision glamourizing war?

Were there any other ways in which the First Couple could address the war without making it seem so diminishing of the tragedy in their country?

On the other hand, many others believed that the controversy was good because it made people talk again about the international conflict. After months of delivering speeches, the First Couple was trying to address several audiences, and the Vogue reader is indeed different from the reader of political magazines and international newspapers.

The editorial addressed the important role of First Lady Zelenska in seeking help and advocating for the life and well-being of children who have been devastated by this invasion. So the way the message was delivered may not have been ideal, but still, it raised awareness of the lengthy international conflict, which was one of the main goals of the Vogue editorial.

In May, Zelensky made a special appearance at the Cannes Film Festival, delivering a forceful speech about the power of film in the way we perceive reality and understand the world. Zelensky encouraged the film industry to speak up about what is happening in Ukraine and tell those stories the way they did with the Nazi regime and the Francoist dictatorship. Zelensky received a standing ovation.

Political Fashion in times of war

And even though it may seem that the clothes one wears during the war are the most irrelevant decision, Zelensky truly understands the power of clothes when you are speaking to a whole country, and in some cases, to the entire world. It is not an arbitrary decision to wear military green daily during the war. The President of Ukraine has adopted this color as a uniform. This way, whenever he has to speak to Ukrainians, he is communicating with his words and clothes that he is fighting this war with the whole country and that he is doing his best to support, fight, and win.

Controversy is inevitable. The clothing decisions of the Ukrainian president have not been liked by everyone, especially when he addressed the US Congress with an olive green T-shirt. Many journalists and advisors claimed it was disrespectful to address a formal matter with informal clothes. However, Zelenzky’s objective was to be seen as one of the many Ukrainians defending and fighting for their country. Zelensky is seen as another Ukrainian in action.

In contrast, the President of Russia, Vladimir Putin, was seen in a pro-war rally with a Loro Piana jacket worth over 30 times the average monthly salary in Russia. His clothing choices before and during the war have been primarily designer clothes that create the narrative of an authority figure who is superior to those fighting in the war and who is strongly disconnected from them.

The role of Ukraine’s fashion industry has been critical to the visibility of this country’s talent. Most companies operate remotely since their employees seek shelter in different countries. They have not been able to perform at their total capacity, yet they have been able to supply their products to their customers.

The fascinating phenomenon here is that people from different countries started promoting and supporting Ukraine-based fashion labels. This has helped support their economy and expand their products and talent to places they haven’t been able to in previous years.

Fashion businesses in Ukraine still face several challenges. Their access to materials, the logistics to ship orders, and the communication mediums among the employees. Still, these designers and brands are prevailing.

Ukraine’s fashion has become a political statement because it has been used as a way to express opinions and points of view on the invasion. Fashion is a universal visual language, so every time we see an object with the colors of the Ukraine flag, we know what the user of this object is communicating to everybody. These colors have been used everywhere and anywhere, from Speaker of the House Nancy Pelosi, greeting Ukrainian First Lady Zelenska to worldwide companies whose logos have changed to yellow and blue in support of this country.

The Role of Fashion in the War

"The war in Ukraine is giving a reality check to the values of the world. You can’t remain apolitical or remain neutral. It’s a fight to the death between two enemies." -Olena Zelenska

Supporting Ukraine’s fashion is supporting its people and understanding they have been able to continue their job while not knowing where their friends, family members, or beloved ones are. Many of them lost their home, and many of them lost a person they love. Being able to support Ukraine’s business is a strong way of acknowledging their effort to continue working hard during a very painful and uncertain time for them.

It is uncertain how long this international conflict will last. But if there’s something that we have learned in the last couple of years, it is that it’s getting harder to stay apolitical in matters that, in one way or another, affect us. There are several ways in which we can support the people of Ukraine. Raising awareness on social media, supporting Ukrainian businesses either by purchasing products or services or simply by following and sharing their work with more people in order to get more visibility. These small actions can be very meaningful.

Here are some Ukrainian fashion brands to share and support.

Tagged:
Politics + Fashion
Know Your Clothes
Share this story with friends and family: