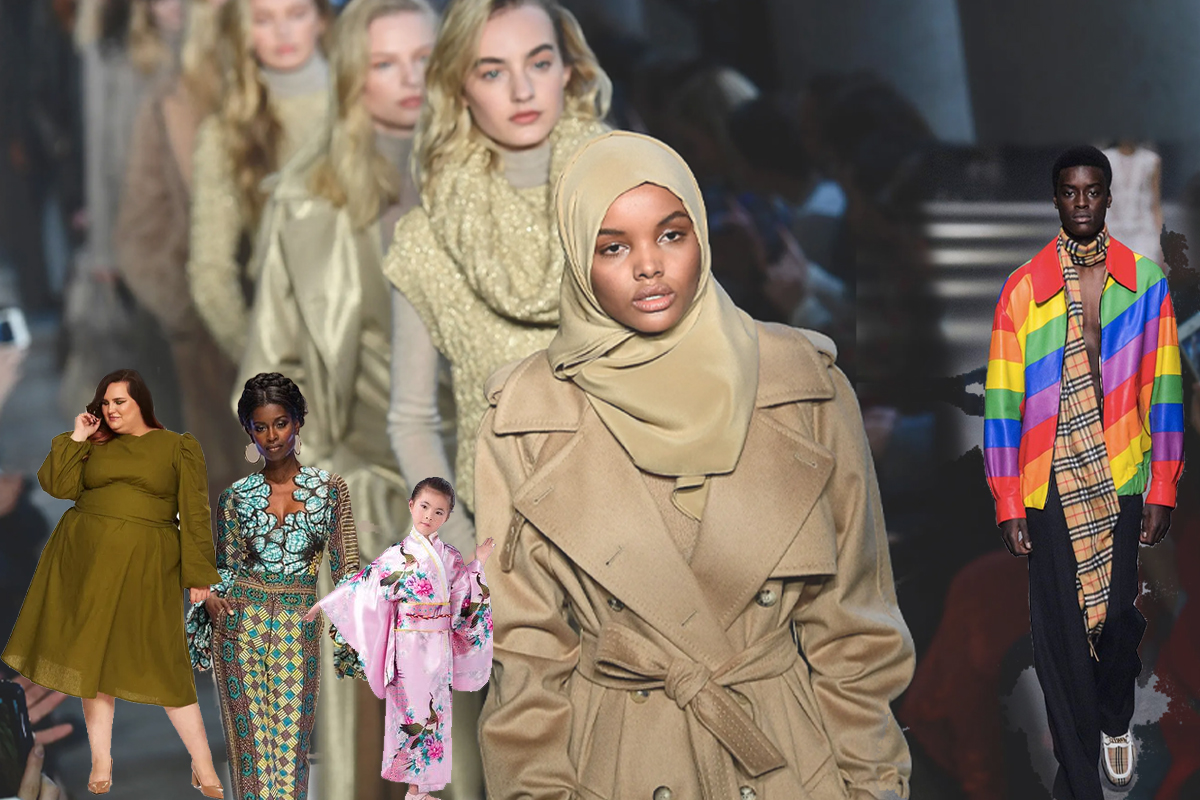 One Year of President Biden's Clothes. What Are they Saying to Us?

Joseph Robinette Biden started his presidency on January 20th, 2021. Now that a year has passed we get to see what is Biden’s style, what do Biden’s clothes say about him, and his way of communicating with others. 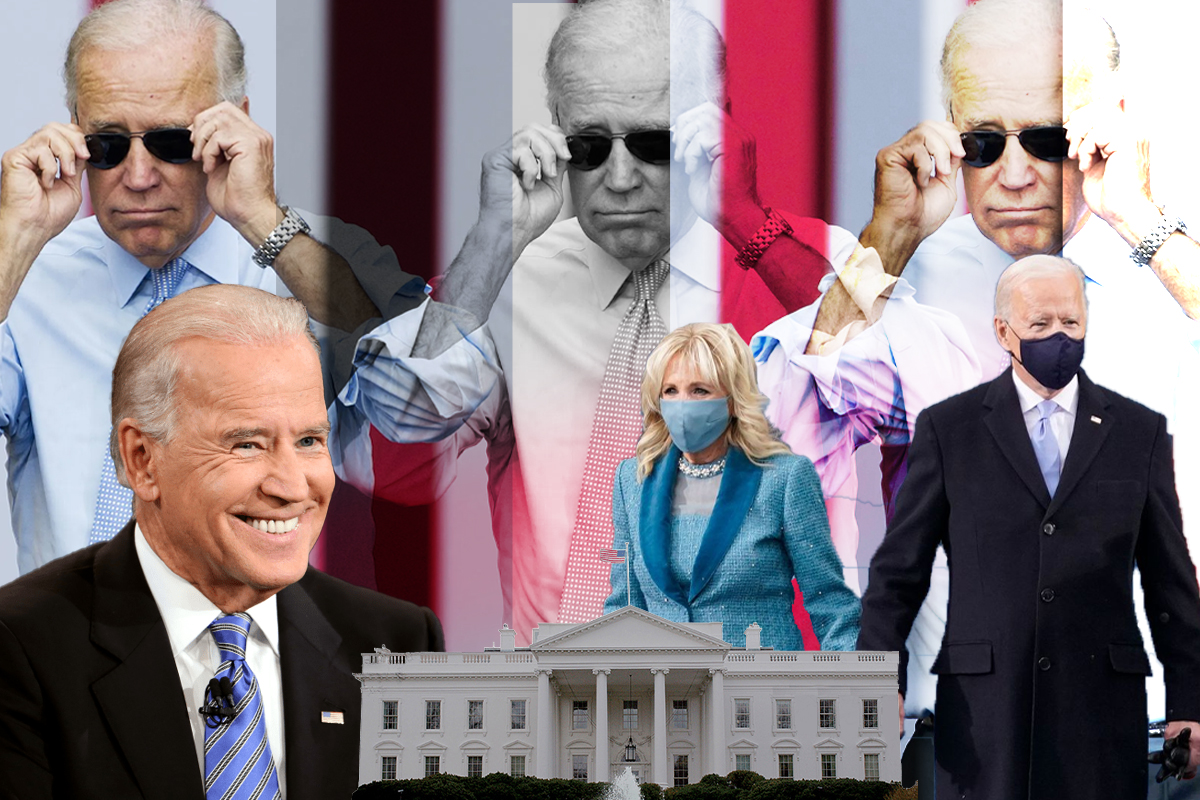 They say every day is a new opportunity to make things differently. When there's a new president, the opportunities increase significantly. The Biden Harris team arrived at the White House in January 2021, with lots of expectations about what they were about to change, to do differently, and most importantly, to deliver a speech of hope and union, instead of the speech of hate that their predecessor delivered for the past few years.

A year has passed since Joe Biden took office, so it is a great opportunity to go over some highlights of the 46th President's Political Fashion. Let's see what worked, didn't work, and worked in some aspects but was a huge mistake in others.

A president inherits challenges, allies, friends, and tense relationships with room to improve. Before the first in-person meeting between Biden and Putin, the President of Russia said: ​​"The U.S. and Russian relations have a lot of issues accumulated that require the highest-level meeting. And I hope that our meeting will be productive".

Foreign relations challenges, and a clear external intervention in the U.S. elections, were some of the factors that have made this relationship particularly tense. Hence, a relationship with a lot of issues accumulated deserves a carefully thought outfit that will make a great first impression to have an exhaustive yet necessary conversation.

The predecessor of Biden had the reputation of being bold, rough, and, more often than not, impolite. With such a strong figure remembered as the president of the United States and a relationship with Putin that has been labeled as "frienemies" or "rivals," Biden needed a fresh start. Biden needed to look and behave professionally, approachable, yet strong and specific with the desired outcomes of the meeting.

So the light blue in Biden’s tie turns out to be a smart choice for this meeting. Blue can look formal and spectacular in many different tones and is often associated with serenity, calm, and professionalism, which is a very strong contrast with his predecessor, who liked to wear red ties that illustrated his anger and compulsive behaviors.

Now, let's talk about Biden's body language, which was a big missed mark, at least during the few minutes where the reporters and journalists took pictures of the two leaders in the meeting room, minutes before their conversation started.

Crossed legs take up less space than a position where your legs are spread. This has different meanings, but it is often associated with submission or nervousness looking for comfort within your own skin. Definitely not an impression that the president of the United States should portray to the president of Russia.

A tie-less Joe arrives in California.

In 2021, there were 8,619 wildfires in California burning 2,569,009 acres across the state. ( Cal Fire) So in September of 2021, President Biden visited Sacramento to support governor Gavin Newsom in controlling the devastating effects of the wildfires and the root cause of this prevalent issue: climate change.

President Biden arrived in Sacramento with a striped blue shirt and a navy suit. The first button of his shirt was unbuttoned, and he was wearing no tie! Even though he is the president of the United States, there are certain occasions where formality is not a priority, and you need to focus on making solid connections with your audience and the people around you. The briefing in Sacramento was one of these occasions.

The wildfire crisis required authority figures to give a message of certainty, and to share the idea that there was someone already taking care of the problem. Biden and Newsom talked at the California Office of Emergency Services to firefighters, Homeland Security advisors, workers, officers, and other workers in the field. So the semi-formal attire of Biden was a smart choice given the environment and the occasion. He wasn't going to a meeting of diplomatic relations; he was delivering a message of support to city workers who needed to be recognized, seen, and instructed, so there was no need for a tie or an entirely formal attire.

Even before the elections, we knew Joe Biden wasn't known for being charismatic. After all, the memes, and Tik Toks making fun of his passiveness (where it almost seems he's falling asleep), are a reflection of how people perceive him. Talk shows are an excellent way for people to know their elected officials in a less formal manner. Michelle Obama became such a loved figure and a good friend of Ellen Degeneres. AOC replied to the obsessive right-wing coverage she receives in a sarcastic and clever way at Stephen Colbert's Show. So at some point, President Biden needed to have this type of "casual" public appearance, especially as his approval ratings decreased drastically in the last months of 2021. (The Hill.)

It may seem quite challenging for the president of the United States to make some time for a talk show. But in 2021, with an insurrection in the Capitol, new Covid variants, wildfire devastations, tense foreign relations, a migration crisis (the list can go on), it took almost eleven months in office for Biden to finally make his first talk-show appearance as president.
‍

But Biden's virtual appearance with Jimmy Fallon didn't go that well. The lack of charisma from the president added to the fact that his presence was virtual and not in person made the whole conversation look very rehearsed, cold, and not so casual and fun as Fallon's conversations usually are.

Biden's clothing selection wasn't the biggest mistake of the evening, but it doesn't help either. His very polished suit and tie with an elegant handkerchief saluting from his pocket give a "Hello, I'm unapproachable, and I'm still working at the office" kind of vibe. This makes it very hard for him to connect with the audience on an emotional level, the way the Obamas did in many talk shows with jeans, sneakers, and very natural charisma. Their jokes felt improvised and genuine, and they were able to talk about their personality and themselves aside from politics and the White House, something that Biden wasn't able to do. Biden behaved as the classmate you had in college that kept talking about the homework and school during the winter break or on the way to the party you were about to break in. He needs to show who he is outside of his job title so that people can empathize with him.

And of course, even the timing of the interview was criticized by some people. By the second week of December, which is when Jimmy Fallon's interview aired, ABC News published an article that stated that 69% of Americans disapprove of Biden's handling of inflation, and 57% disapprove of the way he handled the economic recovery. There is no perfect time to go on a talk show and assume every aspect of the country is in place with no inconveniences, but these high numbers in disapproval made the interview look like an attempt for the president to be liked by the American people.

Biden needs to connect better with the audience, with the people who voted for him, didn't vote for him, or didn't vote whatsoever. His lack of charisma and his political fashion that sends the message of unapproachable is costing him higher numbers of disapproval.

Tan suits are a serious matter in American politics. Back in 2014, former President Barack Obama wore a tan suit. People took this fashion decision so seriously that Obama's tan suit now has its own Wikipedia page. Conservative media described the suit as "unprofessional," "worst presidential scandal," and New York Republican Rep. Peter T. King told NewsMax T.V. that: "there's no way any of us can excuse what the president did yesterday."

Now, it almost seemed as if Biden's advisors wanted to trigger the right-wing media's sensibility to colored suits, as the president showed up with a tan suit during the week of Obama's birthday last year.

Biden spoke in the East Room about economic recovery wearing a tan suit, almost as if he and his team were expecting a reaction from the audience and the internet users.

The tan suit is not a missed mark for Biden. He is not the first nor the last president to wear a tan suit. However, the terrible mistake here is the festive printed green tie that gives Saint Patrick's Day vibes in the middle of August. Some internet users named compared the motif of the tie with weed leaves, making the tie particularly distracting from the message Biden delivered that day.

So what do Biden’s clothes say about him as a president?

Biden's biggest challenge with his Political Fashion is the lack of versatility and the excess of formality. In a country, and a world, that has lived a roller coaster of emotions in the last two years, citizens are seeking a leader they can relate to. Someone capable of doing the job, certainly, but also someone who they can empathize with.

Barack Obama showed up to fast-food restaurants multiple times during his campaign trail, making connections with workers, voters, and different members of a community.

In a coronavirus era, Congresswoman Alexandria Ocasio Cortez responds to questions on Instagram about her routine at work and some questions that people have about legislation and politics in general. In recent days, the Congresswoman even shared part of her recovery process from Covid-19 on her social media accounts, posting about the food she cooked, her symptoms, and her thoughts on how employers are treating employees who get sick from Covid-19.

This is one of the reasons why Biden's numbers are falling. The pandemic isolated us and kept us from making strong connections in person without social distancing, and now, the president isolated himself from the public.

We need leaders who can have the versatility of being tough and punctual in Capitol Hill but charismatic and charming next to Jimmy Kimmel on prime time. Someone who looks polished and distinguished during diplomatic meetings and events but approachable and relaxed when meeting children, working in the field, and going out with family. Biden's got a high score on the "formal" stage of being a president, but he needs to level up his score at the "social-charismatic" level.

During the Biden-Harris campaign, the now vice-president's Converse sneakers sold the idea of a savvy, active, approachable person ready to do what needs to be done.

For Biden, his navy blue suit is giving a perception of inflexible, unapproachable, and outdated. We'll have to see what decisions he makes in the West Wing and his wardrobe during the next years.

In politics and in fashion, playing it safe is not good enough sometimes. You have to understand what's happening around you, who you are meeting with, and what perceptions you want people to get from you.

That is Political Fashion